Visiting Venice Beach and Santa Monica with a local 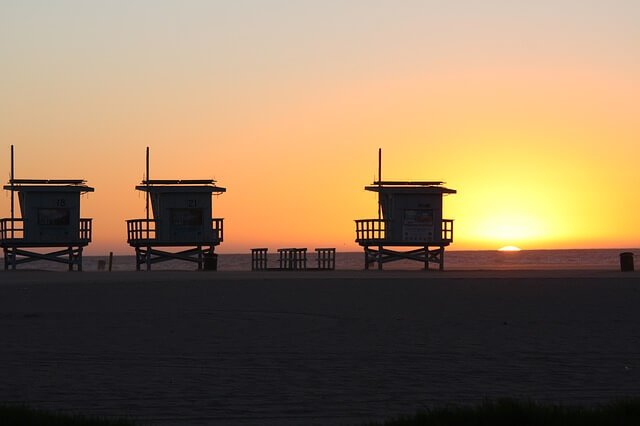 Today we are going to talk with Joey Flores, he is going to tell us about Venice Beach and Santa Monica, on the west side of Los Angeles.

Visiting Venice Beach and Santa Monica with a local

What city are you going to tell us about?

I’m going to tell you about Venice Beach and Santa Monica, or what the locals refer to as AWOL – Always West of Lincoln (Blvd.). 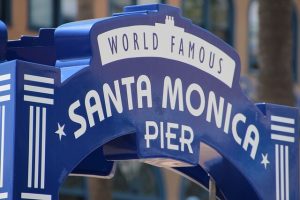 Is it the city where you are living right now?

No.  I lived in that area for about 15 years up to 2016 if you include the three that I was in nearby Marina del Rey, which is also the west side and just south of Venice.

How would you describe Venice Beach and Santa Monica to someone who has never been there?

Venice Beach and Santa Monica are both incredibly cool beaches to visit but they are also very different.

If you want to go people watching and see some seriously unique folks, go to Venice Beach. You have probably seen Venice Beach in movies a million times, like White Men Can’t Jump and LA Story.  There are people on the Venice Beach Boardwalk that are so strange and famous for being there every day that they get included in movies to make the film more authentic.  Venice Beach also has a big, super nice skate park right out by the sand and underneath the palm trees.  The weather is almost always fantastic in this area as well.

Santa Monica Beach is also amazing and has a famous pier boardwalk with a ferris wheel, arcade and everything else you’d come to expect.  In the summer, the city offers free concerts for several weeks in a row and I have seen two of my favorite bands play free concerts out on that pier. You can even sit down on the beach right off the pier and hear them, which thousands of people do with their blankets and wine and good vibes.  Santa Monica also has a famous promenade for people who like shopping or just want to walk around a lot of locals doing their own shopping.

What is your favourite thing about Venice Beach?

Venice Beach has a great art community.  There is a street there called Abbot Kinney that has a number of galleries and there are others around the area.  There is a lot of street art, some of them incredible murals along the beach boardwalk.  Venice is basically like a seedier, greasier place than Santa Monica with more of a gritty artsy feel.  The coffee shop that I go to there, Groundwork, sells shirts that say, “Venice – Where art meets crime.” 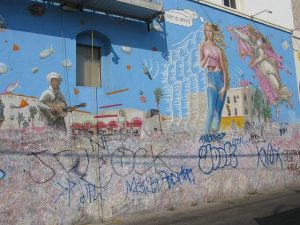 What is the one thing you think can’t be missed when you are visiting Santa Monica?

I would definitely recommend the Santa Monica Pier and catching a ride on the ferris wheel or just walking around and people watching on a beautiful, iconic boardwalk. When you’re done, I would shoot over to the promenade and find any number of fantastic bars and restaurants. 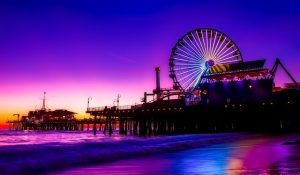 What is your favourite thing to do in West Los Angeles when you have some time off?

Everybody’s favorite thing to do in LA when you have time off is to go somewhere else because you have such incredible mini-vacations right around the corner. You have Malibu surfing in 40 minutes, Santa Barbara wine tasting in 2 hours, San Diego Mexican food and Gaslamp district in 2.5 hours, and the Las Vegas Strip just 5 hours away.

What is your favourite restaurant?

That’s a very tough question.  Los Angeles and the areas around it have incredible restaurants.  I would probably have to give a shout out to Veggie Grill, which is my comfort food guilty pleasure, and Gracias Madre, which is super good vegan Mexican/Spanish food.  For those people who won’t try a vegan restaurant, go to Swingers cafe. It’s iconic and there is something for everyone.

What is your favourite cheap and take away place for a quick lunch or snack?

The Whole Foods in Venice is not necessarily cheap but they have a really good hot and cold prepared food area, and you can get a fresh vegan donut there any day of the week. 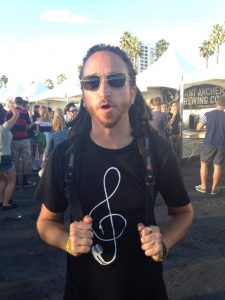 What’s your favourite place to have a beer or a cocktail in Santa Monica?

If you want a good cocktail and reliably great music, you can’t beat Harvelle’s on 4th street in Santa Monica. I have never gone into Harvelle’s and disliked the music. They know how to run a classy place.

What do you recommend doing on a rainy day?

Not much. It rains so infrequently in Los Angeles that, when it does, people drive super slow and traffic is a nightmare. I would recommend going to your closest cafe with a cozy vibe and just having a cup of coffee.  Try starting a conversation with a stranger.

What do you recommend doing for free in Venice?

I know it’s redundant, but you can easily walk for as long as you want down the beaches of Santa Monica, Venice, Marina del Rey, Playa del Rey, and the list of beaches go on.  They’re all connected and each has a different vibe. There’s volleyball courts, basketball courts, skate parks, grassy areas, awesome restaurants, beachfront bars, boardwalk piers, carnival games.  Seriously, I lived there for more than a decade and going out there never gets old, even if all you do is walk around. 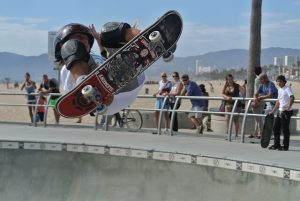 Is there one thing not many people know about Venice you would like to tell us?

Now that you mention it, I feel silly for not having said anything about this already.  This is Venice, and what would a city named Venice be without some canals?  Venice Beach, just like Venice, Italy, has canals running between several blocks of houses.  There are beautiful flower gardens kept by the homeowners there and plenty of ducks swimming around.  It’s also a lovely area of Venice to take a walk through and it doesn’t cost a thing.

Anything else you think we should know?

I always meet people who say they went to Los Angeles and didn’t like it, and when I ask them where they went, they say, “Hollywood.”  Hollywood is an attraction worth visiting but it’s not a very nice part of town.  Outside of Hollywood and Downtown Los Angeles, there are a ton of communities that are way better to experience living in Los Angeles like a local, because a massive amount of locals live outside of Hollywood and Downtown.  There is Los Feliz and Echo Park for live music and hipster scenes.  There are all of the places I mentioned making up the west side.  There is the entire valley area with great residential communities and some of the areas best bars and restaurants as well.  Pretty much whatever you’re into, there is an area of Los Angeles that’s right for you.

Thank you Joey for showing us Los Angeles, Venice Beach and Santa Monica through your eyes!

If you want to know more about Joey I think you should visit his interesting website: you will surely find many exciting things to learn there!

If you’d like to tell about your city, your neighborhood or your State, please write to me filling the form at the contacts page or writing to info@viaggichemangi.com.

I will be much than happy to have you on board! 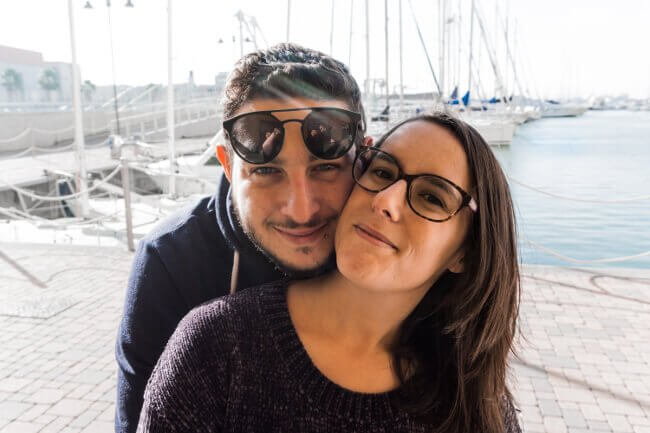